If you are a woman, there is a strong chance that you have a best friend for whom you would do anything. That’s a typical scenario for a large number of women. The culture of best friends is one that creates a very tight-knit bond that can be both good and bad for many women.

The worst problem that best friends can face together is an addiction to heroin, benzos, Xanax, heroin, opiates, methamphetamines, pills, or other types of drugs. That’s because they may create a co-dependency that makes their recovery and treatment more difficult to handle.

However, the power of their bond can also be tapped into if they go through high-quality dual-diagnosis to manage their mental health issues. Understanding why best friends often suffer from dependency issues at the same time is critical if you want to use that friendship to beat addiction for good.

The Concept of “Best Friend” is Important for Many Women

Many women often have a very close friend who means everything to them. In fact, studies have found that many women usually prefer the company of their best friend to their husband or significant other. There are a few reasons for this secure connection. Many of them are cultural. For example, it is more acceptable for women to show their affection and to become very close as a result.

Beyond that, it is often easier for many women to talk to their best friend as opposed to their romantic partner. They also enjoy doing many of the same things, may have a long history together, and have helped each other through very tough and challenging situations. One has to look no further than shows like “Sex and the City” to get a feel for how important friendship and best friendship, in particular, is to women.

While there are some aspects of that show that are a little over the top and unrealistic, the connection between the women is not one of them. The women on the show enjoy the company of each other genuinely. They help each other through breakups, failed marriages, affairs, and much more. In the movies, they even travel the world together and save each other’s lives. 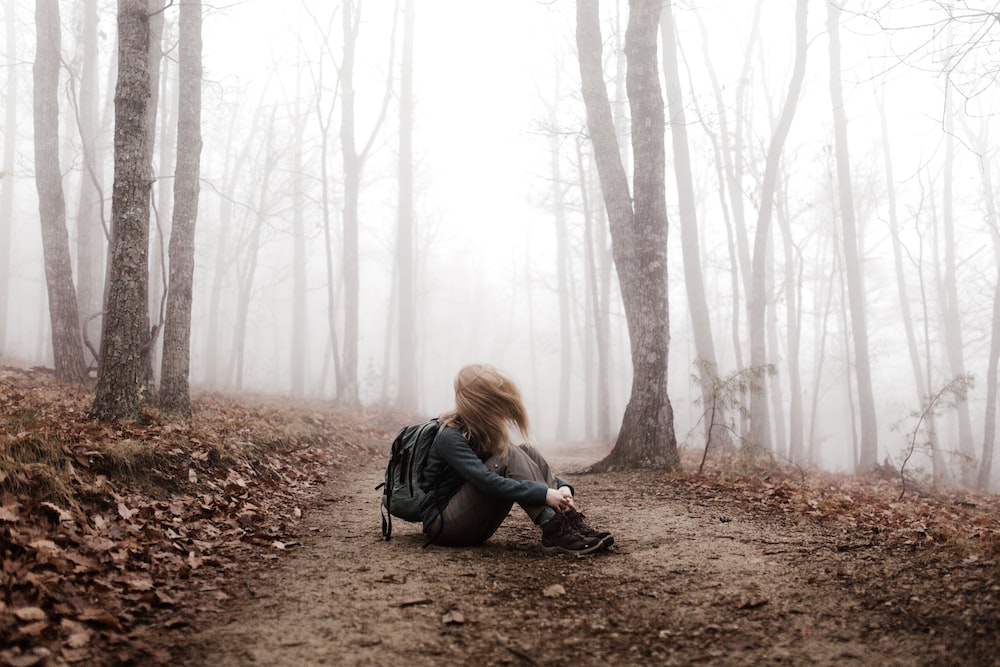 And while men have best friends with whom they share experiences, it is often more emotional with women. In fact, they often suffer from mental health problems at the same time because they are empathetic to their friend’s issues. And even if their mental health doesn’t experience the same concerns, they may develop anxiety and other types of problems. For example, they may need their best friend to help them through:

All of these stressful elements will impact not only the person to whom they are happening but their best friend. As their best friend talks to them about these problems, they might end up suggesting a few drinks of alcohol or a puff on a joint. In some cases, they may even share methamphetamine, opioids, and other types of illicit drugs to help their friend recover.

That might seem far-fetched to some people, but how often do you sit down with your best friend over a drink? This scenario plays out thousands of times throughout a person’s life. And if their best friend has gotten into drugs or knows that their friend has tried some out in the past, they may offer them some drugs, believing that they are doing right by their bestie. This idea is often fueled by the fact that friends are often so much alike.

Addiction May Create a Tight Bond

While drug abuse often drives people further apart, it may pull best friends and romantic partners together in a tight-knit bond. That’s because they share something that unique among them that other people in their lives don’t share. It’s not unusual to see best friends creating a ritual for their drug use. They might choose a particular time to shoot heroin, have a bar where they drink their alcohol, or certain dresses they like to wear when they snort cocaine.

It is understandably hard for those who have never suffered addiction to understand how it could create these bonds. Let’s take a look at an imaginary case starring two women, Sarah and Lucy, to help you better understand how this happens. These girls grew up together in a small town and were best friends at a very young age. Their mothers were also best friends and often got together to talk, smoke cigarettes, and have a few drinks. Their daughters, fueled by their friendship, started getting into trouble at a young age. Both began stealing cigarettes from their mother and smoking them behind the garage while their moms got drunk.

This small rebellion formed a connection between the two of them that never broke. The first time both got drunk was with each other, and they started drinking together heavily throughout high school. Later on, in college, they started smoking marijuana together very slowly. There was a small dirt road they liked to drive on when doing pot together. At the end of the small road was a lake with a small beach. The two would sit there, get high, and talk about school, boys, and their dreams.

Later on, Lucy got interested in heroin because of a boyfriend and asked Sarah to try. Sarah was very nervous about doing heroin the first time but gave it a shot. Both fell in love with the drug almost instantly. Most of their leftover student loan money went to buying heroin and the two just barely finished college. Every time they had some heroin, they would go to their particular lake spot and shoot up together. Both lost their boyfriends, but it didn’t matter that much to them. They had each other and their heroin to get through difficult times.

After school, they got jobs at the same office and found an apartment together. While they still smoked cigarettes, drank alcohol, and smoked marijuana from time to time, most of their lives were spent trying to find a source of heroin. Friends and family members watched them lose weight, money, and even teeth. Too late, they realized what was happening and, like many in the same situation in the past, tried to stop it and help the girls out.

However, the girls had found a source of happiness in doing heroin together. To their minds, it was them against the world. Anybody who tried to break apart their special relationship was shunned and ignored. They lost their great jobs and started to work menial ones to make ends meet. Their youthful appearance disappeared, and they became haggard and sickly.

The tragic part of this situation is that both girls understood the lousy situation they had fallen into but didn’t want to let the other one down. All this time, Sarah or Lucy would occasionally think that she wanted to stop. But she would take a look at her best friend and believe that recovery without her was impossible. Recovery would end their unique relationship and cause the other one to suffer. For better or worse, they decided to continue doing heroin. Unfortunately, this led to both of them dying at a very young age.

While this situation is entirely fictional, scenarios like it have happened around the world and will continue to occur. Most often, it happens between romantic partners, but best friends can experience it as well. The uniquely strong bond between female best friends makes it especially hard to break. That said, best friends who are addicted to pills, benzodiazepines, heroin, alcohol, or any other drug don’t have to feed their addiction together. Instead, they can fight it together.

The toughest part about helping best friends recover from addiction is breaking that co-dependent relationship they have developed. For example, sending just one of them through rehab is useless because the other one is likely to influence them to start using again when they get out. Relapse triggers like these are everywhere and can make a total recovery from addiction very difficult for many best friends. 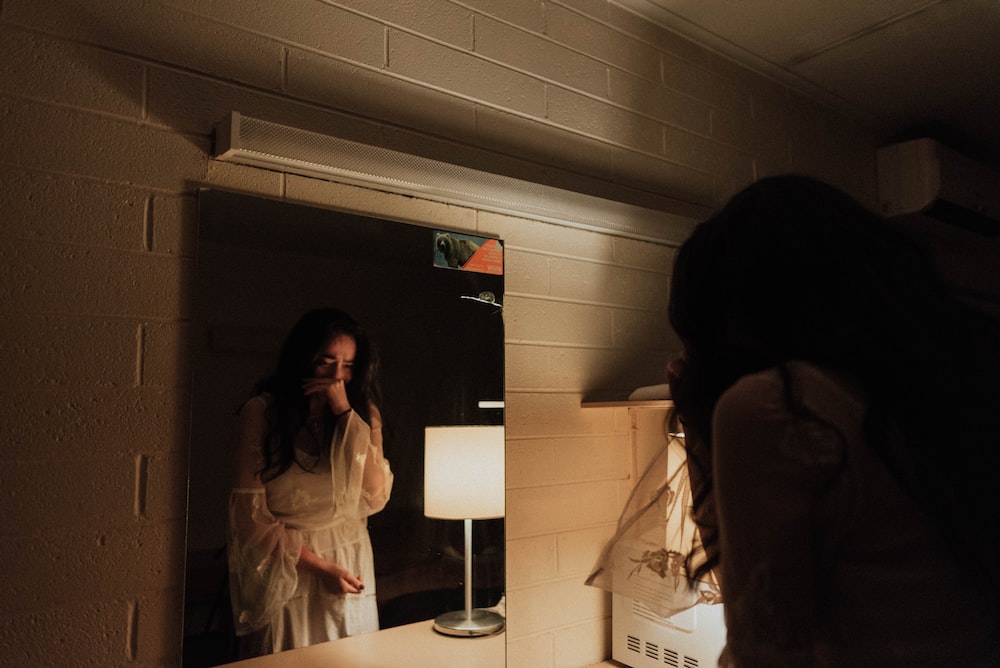 There are a few different ways to approach this treatment difficulty. The first is to put them in the same residential center and to work on their co-dependency with dual-diagnosis. This treatment method utilizes various types of mental health recovery methods to help beat addiction. For example, it can identify problematic behaviors that lead to these best friends relying on each other for drugs.

Dual-diagnosis can also utilize methods like cognitive behavioral therapy to help a person recover. This healing recovery method uses behavior adjustments to break apart negative patterns of drug abuse. Just as importantly, it teaches a person to identify why they behave in a way and can make it easier for them to cope with their addiction triggers.

For example, best friends who snort cocaine every time they are together may need to identify that they are an addiction trigger for their friend. The reasons behind this triggering need to be understood and managed before their dependency will stop. For example, both friends may believe that the other friend will be let down or disappointed if they don’t do cocaine with them.

However, rehab also requires the use of detoxification methods that remove harmful and addictive substances. While replacement drugs minimize the pain that this causes, it can still be a rough spot for many. Having a best friend available during this treatment will make it easier to handle and less of a burden or struggle. For example, they can be there to hold their hand if they experience withdrawal symptoms and provide a friendly and loving face during what may feel like the darkest part of their life. In some situations, it may only deepen their co-dependent bond and make it even harder for them to recover.

After this treatment method is finished and their bodies are clean of drugs, nutritional therapy and exercise can be undertaken to improve their physical health and make it easier for them to get through withdrawal symptoms together. That’s because both are likely undernourished with fragile bodies. A skilled addiction therapist can tap into their bonds of friendship to get them to eat healthily together and even work out at the same time. In this way, they can rebuild their physical health and their bodies together at the same time.

Unfortunately, there is always a chance that these best friends cannot recover from each other at the same time. They might be too codependent and support their friend’s habit too heavily. For example, they might form a stubborn and impenetrable wall of resistance to recovery when they are in the same center together. In this situation, it is wise to break the two apart into separate residential treatment facilities. Here, they can get away from the negative influence of their best friend and learn to live a life without drugs.