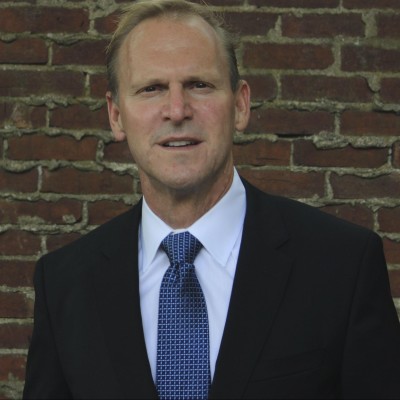 I write, consult and lecture on white collar crime situations

Opinions expressed by Forbes Contributors are their own.

Drug and alcohol addiction is tragic.  With that in mind, we all have a responsibility to help one another and, if possible, offer a solution.  I found one person who is trying to make a difference and he is doing so from a federal prison.

Over 64,000 people died from drug overdoses in 2016, the largest annual jump (20% over 2015) in U.S. history, according to a New York Times report.  It is no secret that opioids are at the center of the growing crisis. In October, President Trump declared the opioid crisis a public health emergency and many are pushing the President and Congress to act on funding/programs to help.  States such as Ohio, West Virginia and Pennsylvania have used the term “epidemic” to describe the widespread use of prescription drugs.

While political leaders debate and look for resources to help, one person, an inmate in a Miami Federal Prison Camp, is using his time to reflect on his own past addictions and also help others.  Lawrence Hartman is nearing the end of a 10-year prison term on fraud charges.  He is scheduled to be released in January 2021.

Hartman admitted that substance abuse played a role in the poor decisions that led him to become embroiled in securities fraud … and then go on the run as a fugitive.  While addiction is not an excuse for violating the law, he is trying to find a way to both pay his debt to society and also make a contribution.  Now at 52 years old, the former lawyer (graduate of the Columbia Law School) is releasing his book, “101 Tips For Staying Clean & Sober.” The book covers topics ranging from Acceptance of Responsibility through Zero Tolerance with chapters (tips) which are vignettes meant to provide inspiration to those on a path of substance abuse recovery.

Hartman’s book is straight forward and offers lessons that help reinforce one’s commitment to living a sober life.  The book starts with a straight-forward message, “The basics of recovery are really pretty simple.  It’s the implementation that is tough.”

I reached out to Hartman and he was enthusiastic to comment. 101 Tips was recently handed out at Moments of Change, an addiction treatment conference at the Breakers in Palm Beach, Florida, where over 1,500 attended.  The venue was less than 50 miles from where Hartman is currently incarcerated.

Hartman told me that the most difficult part for people struggling with addiction is reaching that pivotal moment commonly referred to as “rock bottom.”  Prison is about as close to rock bottom as one can get.  Regarding incarceration, Hartman said that it has been a “transformative experience,” and served as the motivation for the book.

Hartman told me that, prior to prison, he never believed he had substance abuse problem, much less did anything about it.   “Prison was my rock bottom,” he said, “it gave me a chance to truly reflect on all the harm I caused and make a choice about my future.”  He had to confront whether he would continue to make the same mistakes or do something about it.  Hartman said, “As easy as that might sound, it wasn’t easy for me.”

Since being incarcerated, Hartman has used his time to learn more about his addiction.  “The more I learned,” he said, “the more empowered I became to fight it and change.”   Hartman is determined not to allow his past define the rest of his life.  He acknowledged that confinement certainly helped him because it gave him time to focus without the distractions of a hectic life in the “real world.”  While drugs and alcohol are not be as readily available in prison as they are on the outside, any inmate can obtain drugs and alcohol if they wanted.

Overcoming addiction requires a lot more than just sobriety.   According to Hartman, it requires embracing an entirely new way of thinking.  “Most people struggling with addiction evolve into selfish, egotistical and dishonest behaviors to protect their continued alcohol or drug abuse,” Hartman said, “that then spreads out into every aspect of their lives.”  His book is for people who have made a commitment to seek recovery.  Hartman told me that he hopes his book is used as a resource to remind recovering addicts of the tools learned in all of their treatments and should be an ongoing reference guide of encouragement.

Hartman credits his insights into recovery from programs he has been a part of in prison.  “I was lucky enough to have a drug treatment specialist named Ms. Acevedo who genuinely cared about my well being,” Hartman said.  After completing a number of courses on addiction during his incarceration, Hartman was motivated to write his 101 Tips in order to help others learn key insights from his hard lessons.

Nobody should have to go to prison to learn sobriety … but sometimes that what it takes.

When Walt is not writing on white collar crime, he works with experts who present on it. Check out 500 Pearl Street Speakers or contact him at walt.pavlo@500pearlstreet.com.